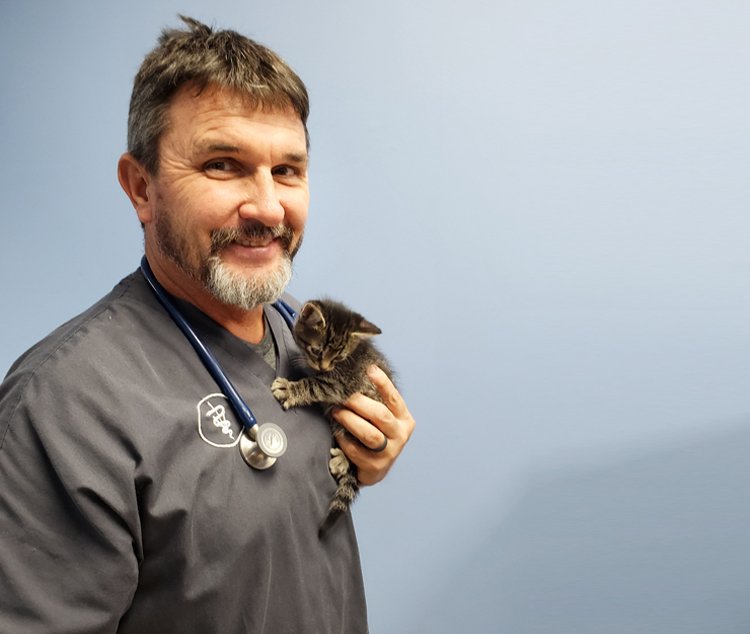 His wife’s name is Angie. She is the granddaughter of the late James and Buena Daniel, lifelong residents of Dickson County. They have two children, Kaleb and Christina. He is a member of the First Baptist Church of Dickson. He enjoys golf and other sports in his spare time.

When he first came to Dickson, he became a partner at Medicine Man Veterinary Clinic. He opened Cornerstone Animal Hospital in May 2002. He was also the practicing veterinarian for the Dickson Livestock Center from 1990 to 2016.

He is proud to serve the great people of Dickson County along with the neighboring counties. It has been a great privilege and pleasure to do so for many years and he plans to continue for years to come.