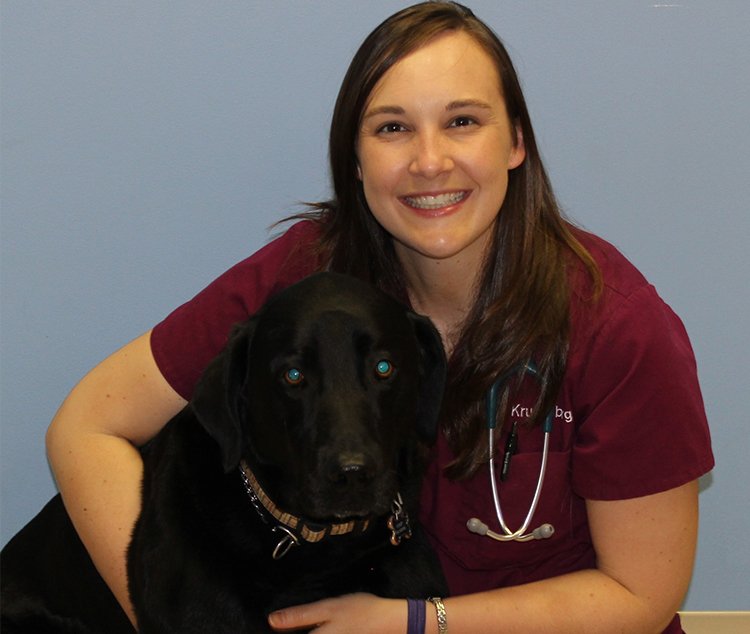 Dr. Kruckeberg is originally from Williamsport, Tennessee, where she grew up on a small family farm. She showed horses and sheep and was active in 4-H and Pony Club. She attended the University of Tennessee at Martin where she was a member of the equestrian team and graduated with a B.S. in Animal Science in 2006. She received her Doctor of Veterinary Medicine from the University of Tennessee in 2010. After graduation from vet school, Dr. Kruckeberg moved to Dickson and joined the team at Cornerstone Animal Hospital. She enjoys small animal medicine and surgery and is an advocate for the bond between human and animal. In her spare time she enjoys horseback riding, kayaking, and spending time with her husband, son, dog, six cats, and two horses.